We sometimes wonder about our universe and the greater things beyond that. There is always the question of how life was formed, with many different theories and believes out there of the creation on earth.

Vedic cosmology is one theory that is actually very close to the timeline of modern science and has a similar belief.

What is Vedic Cosmology and Verdic time?

Vedic cosmology is part of Sanskrit history and is related to Puranas. It includes the theory of the creation of the universe, as well as the successful creation of superhumans.

In c.1500  to c.500 BCE the late Bronze age overlapped with the early Iron Age in India, where vedic time took place in the northern indian subcontinent. It was a representation of a period of time where there were social differences, formations of kingdoms, as well as the infamous orthodox sacrificial ritual that took place in the Kuru Kingdom.

The close relation to modern science

Verdic cosmology is a certain form of science that also includes the Big Bang theory, where the universe was created by subconsciousness over 13.1819 billion years ago, close to what scientists for modern science have claimed for their Big Bang which is 13.801 billion years ago.

The puranic date was also recorded 251.52 million years ago for the earth’s most recent mass extinction and as close to what the scientists have recorded, which was 251.9 million years ago.

The Puranas were also known for making accurate predictions, including how stages of pregnancy works, what the first appearance of life on earth would be like and when the initial formation of stars would take place.

Vedic cosmology is not just a theory, but a true scientific discovery that is worth billions of dollars and trillions of hours spent. Modern science has the closest form of theory to Vedic cosmology, even though it was very well known to the people of ancient India.

Is there something beyond our universe?

According to historic records, it was believed that there is indeed a universe that is spiritual, along with a hierarchy of planets and different living creatures living there. In vedic cosmology it is called the universe of Vaikuntha and there lives Vishnu, who everyone respects and accepts him to be the main source of consciousness and an abstract of reality.

Just like modern science, it is believed that there is other life out there and millions of planets that are yet to still be discovered. Again, it is a similar concept that both forms of science have, only in vedic cosmology it is believed that one superior being is worshipped.

Scientists are still on the verge of discovery as they continue to research findings of alternative life on other planets and if they truly exist.

It is fascinating to compare different factual theories to each other and see that there is a close narrative of history that is linked to a revelation that people have discovered. It also indicates that there will always be both historical and scientific discoveries that can change the way we think, especially when it comes to the formation of life.

Vedic cosmology is something that should not be overlooked, but should be taught to people who are fascinated by how we were really placed on this planet.

Where To Find Software Development Company 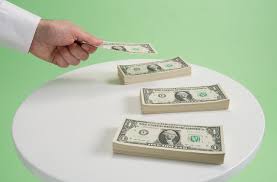 Best Opportunities for the Best Wealth Formula for You